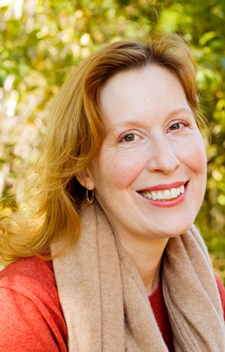 Heather O'Donnell grew up in the library stacks and bookstore aisles of suburban Delaware. In 1989, she moved to New York City, where she studied English at Columbia, and held down a series of bookish jobs on the side: working the cash register at the Strand, shelving photobooks in the Avery Library, sifting the slush pile at Grand Street. While writing her doctoral dissertation in the Yale English department, Heather worked as a curatorial assistant at the Beinecke Rare Book and Manuscript Library.

From 2001 to 2004, she joined the Princeton Society of Fellows, then left academia to pursue the rare book trade full-time. For seven years, she worked as a bookseller in the New York gallery of Bauman Rare Books, dealing in a wide range of material, from incunabula to modern firsts. In the fall of 2011, she launched Honey & Wax Booksellers in Brooklyn. In 2016, she helped to found the Women's Initiative of the ABAA (now the ABAA Gender Equity Initiative), and in 2017, she and Rebecca Romney established the annual Honey & Wax Book Collecting Prize for young women book collectors. She is featured in The Booksellers, the 2019 documentary on the New York book trade, and served on the ABAA Board of Governors from 2018 to 2022.

You can reach Heather at heather@honeyandwaxbooks.com. 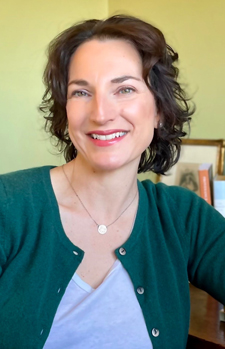 Christine von der Linn was born and raised in the Hudson River Valley. A graduate of Bard College, she studied material culture, art history, historical preservation, and literature. While at Bard, she helped restore a Calvert Vaux mansion, managed a bookstore in Kingston, and was an archivist of the Livingston family library and art collection at the Clermont State Historic Site in Columbia County.

In 1993, Christine joined Swann Auction Galleries in New York City. By 1996, she was a specialist in rare books, cataloguing and selling literature, fine press, livres d’artiste, and illustrated books. In 2013, she co-founded the Illustration Art Department at Swann, becoming its director in 2018. In that role, she oversaw record-setting biannual sales of narrative art in all genres, with a focus on literary illustration, and was a head specialist of Swann’s LGBTQ+ Art, Material Culture & History sales as well. Christine organized events in the Swann Salon Series dedicated to the work of David Macaulay, Al Hirschfeld, and the cartoonists of The New Yorker, among others, and lectured widely on rare books and illustration: most recently, on the art of theater set design for the Ephemera Society of America, and on Edward Gorey’s original art for the Ticknor Society and the ABAA. In 2023, Christine brings her three decades of experience in rare books and illustration to Honey & Wax Booksellers.

Christine is a member of the Ephemera Society of America, the Society of Illustrators, and ArtTable, the national leadership organization for women in the visual arts, where she serves as an advisor to early-career professionals. As a graduate of Natural Gourmet/ICE Culinary Institute, she pursues her lifelong interest in food, drink, and agriculture as president of her local Metuchen Farmers Market in New Jersey, contributing to its weekly newsletter and producing its video documentary series, “Market Presents.”

You can reach Christine at christine@honeyandwaxbooks.com. 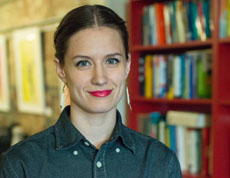 Rebecca Romney, now of Type Punch Matrix, was a principal of Honey & Wax from 2016 to 2019, and a co-founder of the Honey & Wax Book Collecting Prize. She remains an independent partner in the administration and judging of the prize.